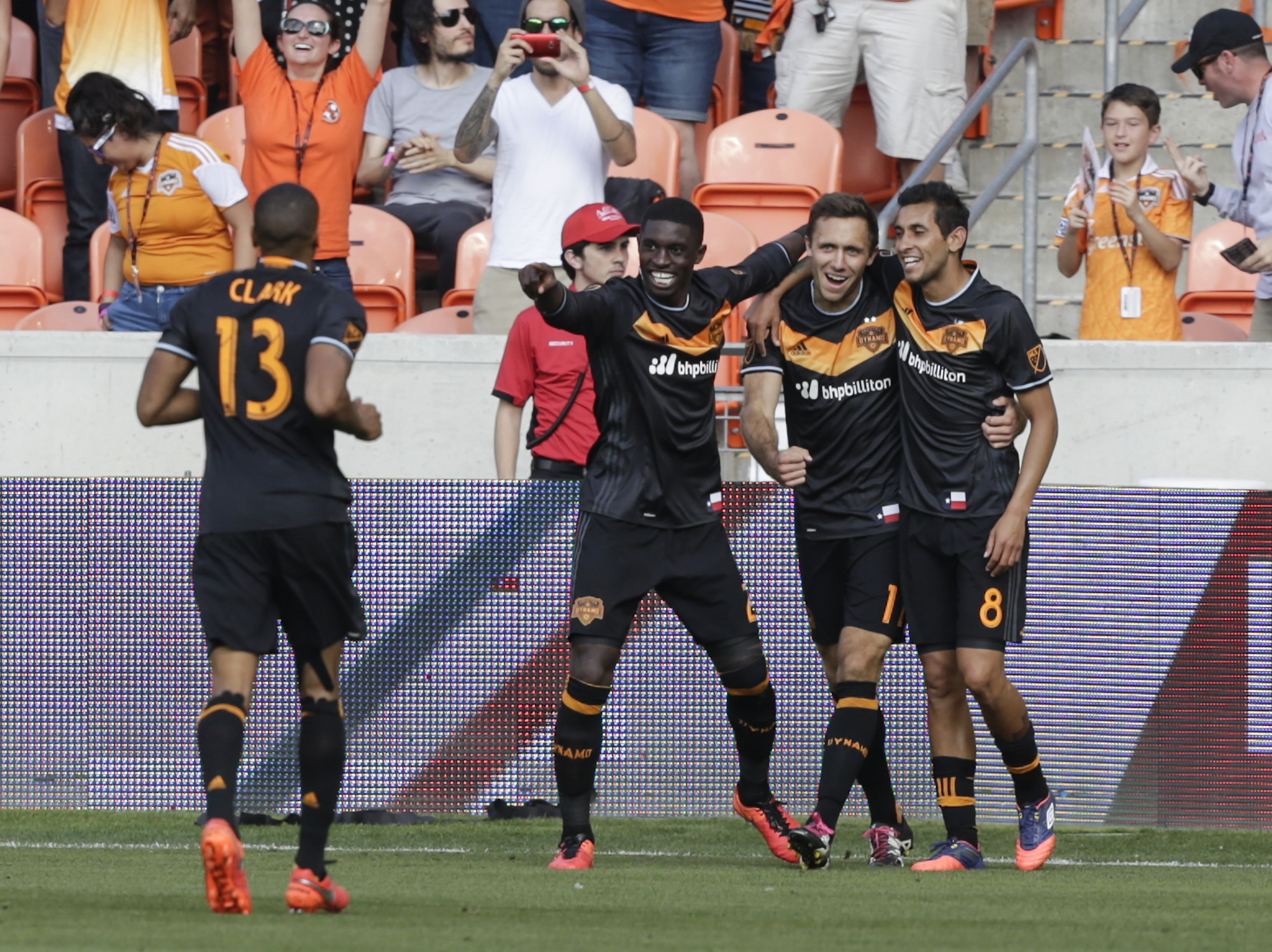 After getting off to one of the best offensive starts in MLS history (12 goals in three appearances), they have fallen flat on their faces. Not only have they only scored two goals in their last three, they have given up six goals in the same span. Mathematically, that is not a recipe for success.

Houston made a lot of key offensive acquisitions this year. None were more key than Cristian Maidana. The Argentine was supposed to be just about as important of a midfielder as Mauro Diaz and Ignacio Piatti have been for their teams.

But, to put it nicely – he hasn’t. In fact, it has been pretty terrible.

Statistically, this year is an atrocity for Cristian Maidana. For two years, he was a creative force for a struggling Philadelphia Union team, where he delivered 18 assists in two years with the Union.

If we dig into Maidana’s stats, we see some surprising figures. Four matches ago, we could have brushed it off as early season woes. Even now we could claim similar, but after seven games, some sort of improvement has to be seen. Overall, that hasn’t happened.

For starters, Maidana scored a goal on opening day. That’s been it. No assists or anything else to speak of. Going beyond the hard stats, it is obvious that Maidana is so far from his former self in his new set-up. Maidana has averaged over two and a half key passes the past two years. This year he is averaging a full key pass less.

Then there are his troubles on the ball. Maidana has doubled his dispossession rate this year. He loses the ball 2.4 times per ninety, as opposed to a solid career average of 1.2. He is also completing a fraction of the dribbles that he used to. You could therefore assume that he is also taking a fraction of the shots. And you’d be correct.

The next step is to look for any signs of improvement. Again, we find mixed results. Against Seattle, Maidana was incredibly effective, firing four shots at 50% accuracy. He also provided four key passes and was not dispossessed once. Sounds well and good.

However, against the LA Galaxy he came out and reverted back to his old, ineffective form. He only played 56 minutes, but in that time, managed a whole bunch of zeroes (shots, key passes). But he did manage to lose possession four times.

It may be a matter of fit. Maidana found a lot of his success crossing the ball in years past. This year, he is delivering a fraction of the crosses, but attempting a massive amount of long balls, over half of which aren’t finding their intended recipient. Houston have been in a funk. A lot of that comes down to seemingly not having a set plan. Sometimes they run with the counter attack, sometimes they control the game. It fluctuates.

In Philadelphia the past two years, it didn’t.