DC United need to figure out what Chris Rolfe is 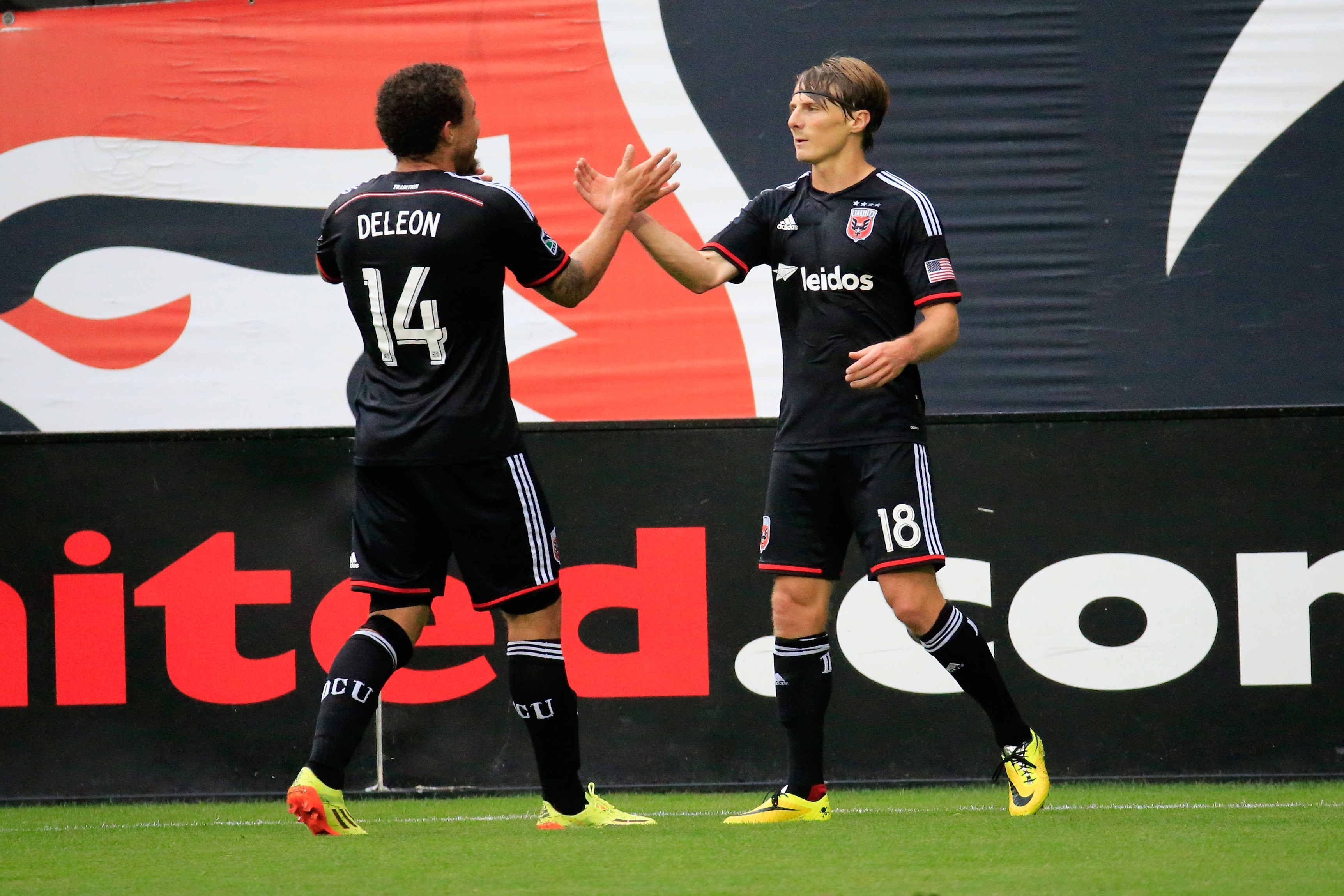 DC United have had a very polarizing season. In their first four matches, they scored just two goals, as the formation continued to flip and flop and turn on it’s own head. It has been like a high school chemistry experiment where all sorts of things are being thrown into a test tube and nobody knows what will happen.

Those experiments have gone rather poorly up until the Canadian brigade came to town. After stomping Vancouver Whitecaps 4-0 at RFK, they proceeded to get beaten 1-0 by Toronto. Only it wasn’t as bad as it sounds. DC created plenty of chances and looked similar to the team that played Vancouver, only Toronto pulled out the Chelsea tactics and parked the bus after Giovinco took the lead in the first minute.

DC just lacked that little attacking edge late in the game to pull even. Espindola was doing all he could to receive chances and turn them on goal, and DC, as a unit was putting it altogether fairly nicely. However, a few tweaks to the current set up may be all they need to put those finishing touches on what looks to be a pretty decent set up.

It all starts with Chris Rolfe. The versatile and ever-hustling Rolfe has been placed up front of DC’s 4-4-2 recently, but he has yet to make anything of it goals-wise. Plus, he ends up spending most of his time rampaging up and down the pitch anyway. It may give United an extra option tracking back, but going forward, it can often rob them of an option, as Rolfe takes part in the build up play of the attack more than a traditional forward would.

It is a curious tactical move by Ben Olsen to put his box-to-box workhorse at the front of his formation and allow Lamar Neagle, who has scored his only goal this year in DC’s two-striker set, on the left wing. Neagle does have the defensive ability to merit such a choice, but if Rolfe can do what he is doing from the striker spot, Neagle should be able to also.

Not only that, but Rolfe fires a much higher percentage of his shots from out of the box, he always has.

Formations may account for very little in the long run, but the benefit to putting Rolfe in a role more central to both sides of the game is that you give one of your most important players more time on the ball. At the end of the day, that’s what matters the most. Rolfe hasn’t been able to get as many touches on the ball as might benefit DC because of his placement on the pitch.

To accommodate all the pieces, I have a proposition. Switch to the traditional 4-2-3-1. Use Sarvas and De Leon at the base and keep everything else the way it is, only move Rolfe to a No. 10 role. Some of the best teams out there draw their power from a dominant No. 10 like Mauro Diaz or Ignacio Piatti.

Rolfe can fill that role. He creates more chances than anyone else on DC, he has the best pass completion of any forward-lying player other than Sarvas and he is the engine that makes this offensive machine click at times.